Home & Away » Visiting Costa Rica – La Pura Vida!
We visited the beautiful country of Costa Rica to celebrate our 10th anniversary & it was adventure filled from river drift tubing to zip-lining to hiking!
By: Yumna Jawad

Because why not?! We had our honeymoon in Hawaii. 10 years later, we wanted to celebrate our anniversary (yay us!) back in Hawaii with our couple BFFs who also got married 10 years ago. They suggested trying Costa Rica instead because it was closer, cheaper and offered everything Hawaii offered. We’ve never been there before so we all thought it was a cool new adventure.

But we didn’t realize we’d be in a pristine perpetual paradise! They call it the pure life – La Pura Vida! We went in the rainy season, which we were worried about. There were some clouds and the little bit of rain in the late afternoons, which actually didn’t mess with any of our plans! And it wasn’t crowded anywhere we went!

When we arrived in San Jose Airport, we got an SUV rental and headed towards La Fortuna to our hotel. We stayed at the Lost Iguana Resort for the first 2 nights. And then we moved closer to the airport for the last 24 hours and stayed at the Xandari Resort & Spa.

The best way to describe the Lost Iguana is “Jungle Elegance.” The rooms are all inspired by the nature of Costa Rica. Each one has a perfect private view of the Arenal Volcano right on the patio that leads into the forest. That’s also where our jacuzzi and shower were located…talk about being one with nature!

The Xandari Hotel, is located just 15 minutes away from the San Jose airport in the foothills of the Poas Volcano. This one also has a jungle setting, but in a more contemporary and upbeat fashion.

Here, it’s all about the bold and beautiful tropical architecture. There were lush gardens, exotic plants and the resort’s very own plantations and herb gardens, which source their farm-to-table menu (FeelGoodFoodie approved).

We only spent one day here. But it was the best way to end our adventure-packed trip.

We enjoyed a serene 3-mile hike in the jungle overlooking waterfalls, had coffee on our terrace facing the entire Central Valley of Costa Rica, had a couple’s massage in a palm-roofed jalapa with an open-air jacuzzi on top of a mountain overlooking the city, and finally enjoyed the seemingly-endless 125 ft sunset pool.

Let me preface this list by saying we were only in Costa Rica for 3 and half days! The first half day was spent traveling to our resort and visiting a coffee plantation. The last full day was spent unwinding at the Xandari Hotel. So the list is pretty much what we did in 2 days all in La Fortuna (with the exception of the Coffee Plantation Tour). Yeah, I’d say we were turbo tourists! 😉

Doka Estates Coffee Tour is the largest coffee plantation in Costa Rica near the Paos Volcano. We learned about everything from cultivating to processing, and finally roasting their premium coffee, exported worldwide.

“And well…” as our tour guide often said, it was a great experience for our senses, from smelling the coffee beans to feeling the various textures and especially tasting the Tres Generaciones coffee and dark chocolate covered coffee beans.

We visited the Mistico Arenal Hanging Bridges Tour early in the morning where we had a comfortable 2 mile hike through the beautiful rainforest with a backdrop of the Arenal Volcano.

The hike crossed 16 bridges, 6 of which were hanging. Yes, HANGING! When I say hanging, I mean literally hanging by wires and swinging. They were all various heights and lengths, but some were as high as 150 feet and overlooked the most beautiful waterfalls! I remember my real estate agent left me a voicemail while I was on the trail saying “hey, before you head out to the beach in Costa Rica, please give me a call” and I called him back shouting “I’m not on a beach! I’m literally suspended 150 feet in the air walking on unstable wires that make up a hanging bridge!!” PS we were in the middle of closing on our house during this trip haha!

You can’t visit Costa Rica without going ziplining (or what they calling canopying). Costa Rica has stunning forest canopy views unlike anything I’ve ever seen. We went through a small company called the Athica Canopy Tour, which was only a few minutes from Mistico park. They offered ziplining and Tarzan swing in one tour package, and their ziplines were supposedly slower moving than some of the other places (which was good news for me since I’m super scared of heights!) When I climbed on the first platform, I froze and panicked and quickly went back down the stairs. I didn’t care how secured I was to the harness, how sturdy that cable was, we were still going to be suspended like hundreds of feet in the air! No thank you! But when I went back down the stairs, one of the tour guides started convincing me how safe and relaxing it is and that there was an option to ride in tandem. So I finally caved in and I’m *SO* happy I did.

That was one of the most amazing experience ever and the most breathtaking view of a forest from the bird’s eye view. We did 8 different cables, all varying in length and speed, and I was actually able to do 3 of them on my own! Yay me! At the end was a Tarzan swing, which was the best one of all. It’s so carefree, so thrilling, so awe-inspiring!

Within the Arenal Volcano National Park area was the 200+ feet Rio Fortuna Waterfall, which you can access by going down about 500 steps. The going down part was easy…it’s the going up the 500 steps that was a killer! Thankfully, the path was very well paved with steps.

And there were plenty of resting areas of words of wisdom to keep us motivated along the way.  My husband and I took off our shoes and dipped our toes in the refreshing ice cold crystalline water. Our couple friends, on the other hand, just dived right into the water with their clothes on! We waved from the rocks above in dry clothes haha!

When you’re in La Fortuna, Costa Rica, another must-do after a day of adventure is hot springs! There are dozens to choose from and each offer their own wows and wonders. The combination of the minerals and the temperature has therapeutic effects on your muscles and your health! We chose the The Springs Resort, because A) it was featured on the Kardashians, B) it was the host hotel on the Bachelor and C) it was named one of the seven resorts with the most spectacular views by CNN. The choice was obvious…duh!

It was raining when we arrived so there were only a few people around. You guys, we literally had 28 mineral artesian Hot Springs laid out over like 14,000 square feet all to ourselves. It was unreal!

Who cares if it was raining? The springs were warm (temps between 80 and 100 degrees), the place was quiet and the views were stunning!

When we signed up for this excursion at Sky Adventures, we thought we were basically going to be floating in a lazy river along the forest like we did in Hawaii on our honeymoon. Ummm..No…this is no lazy river! We should have known we were in for the craziest adventure of our trip when we showed up in flip flops and the tour guides asked us to turn around and get closed water shoes.

None of us came prepared for that part, so two of us wore gyms shoes (that were bound to become soaking wet) and two of us (me included in this group) stayed in our flip flops. Well, the tour guides looked at each other and decided to use their strong masking tape to tape my feet to my sandals. And then we put on helmets. Helmets? For tubing? What did we sign up for?! Class 5 water tubing…that’s what we signed up for!

We were each on our personal rafts, with our legs crossed inside the tube and holding on for dear life as we went through twists and turns through a series of rapids and even mini drops. The tour guides joked that for every one of us who falls, we would have to give them $1 to buy drinks that night. And for everyone one of us who loses their raft, we have to give them $2 to buy drinks.

Within 10 minutes on the rapids, each one of us fell on one of the mini waterfalls and two of us lost their rafts. The tour guides said to each other “Ohhh…we are getting drunk tonight!!” And that wasn’t the last fall from any of us. Actually, I don’t know how I came out without any cuts or bruises! Some of us were a little more banged up.

But, no regrets! BEST. ADVENTURE. EVER!!! And as another surprise part of this tubing excursion, we experienced a faster, longer more thrilling zip-lining than the first day. Thank God my flip flops were taped to my feet!!

We had a few options for getting close views of the Arenal Volcano. Some people do horse back riding, some go on ATVs, and most people hike. We decided to hike it! And we thought were found the ultimate route in this off-the-beaten path. But it turned out to be a huge let-down. It was just the old lava from the last time the volcano was active in 1992 and we had terrible views of the volcano. When we made a turn to the Arenal Volcano National Park, it was closed. But in reality, wherever we went in La Fortuna, there were amazing views of the once active Volcano. They say that if you want the best views, your best bet is to stay in one of the “observatory” type lodges and get up with the sunrise. The clouds tend to move in soon after sunrise.

Very different than most of the feelgoodfoodie trips, this one revolved less around food and more around the adventures that Costa Rica is so full of. But we still ate well! We took advantage of the continental fresh fruits and local breakfasts offered at our resorts in the mornings. …something for next trip, I guess!

We looked for fast and easy places for lunch. Some of the excursion locations offered wonderful choices. The one at Sky Adventures had a restaurant on top of the mountain overlooking the Arenal Volcano! And the Hot Springs Resort offered sushi in the bar located right in the middle of one of the hot springs.

The best thing we ordered was casado which is a variety plate of white rice, black beans, a vegetable side and a protein — usually a fish fillet or charcoal grilled chicken. All our meals were amazing and I enjoyed tasting the Costa Rican cuisine! I would have loved to finish off with some type food tour that explored various fruit plantations though.

So excited our friends suggested Costa Rica instead of Hawaii. It was a trip of a lifetime! I would highly recommend it to anyone looking for adventure and stepping outside their comfort zone. La Pura Vida!

Check out my other travel guides:

Hi, I'm Yumna. I literally learned to cook 2 weeks after I got married over the phone with my mom. When I was brave enough to fly solo, I started treading on trendy foodie territory and built an Instagram page with over 2 MILLION followers. Now I have hundreds of real good food recipes that will make you and your family feel oh-so good! 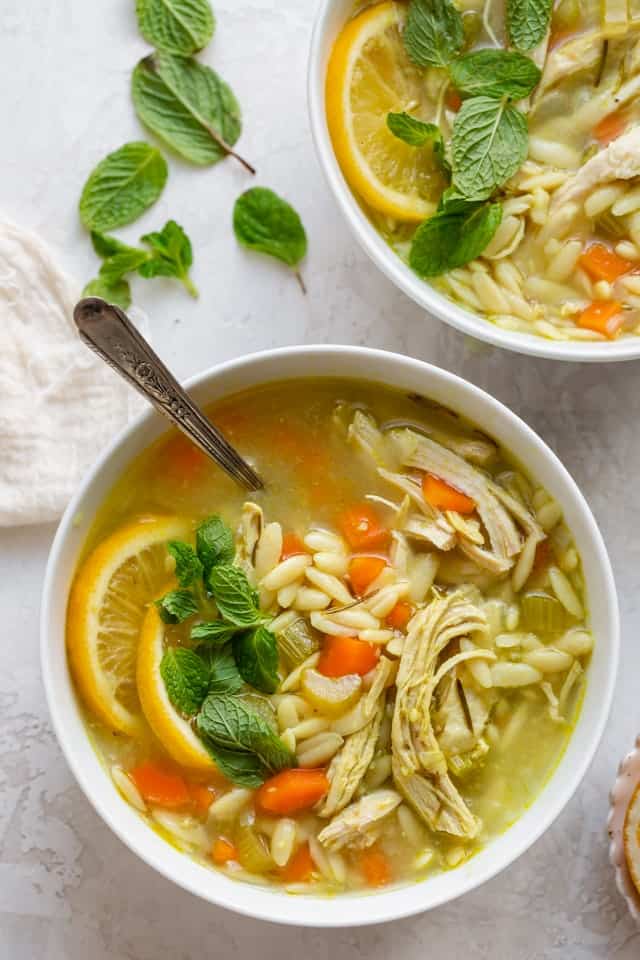 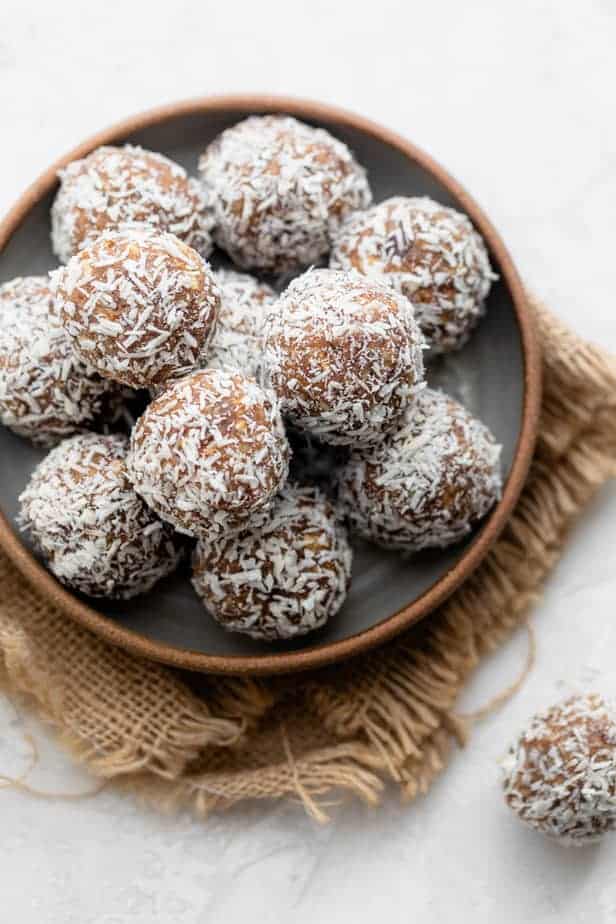 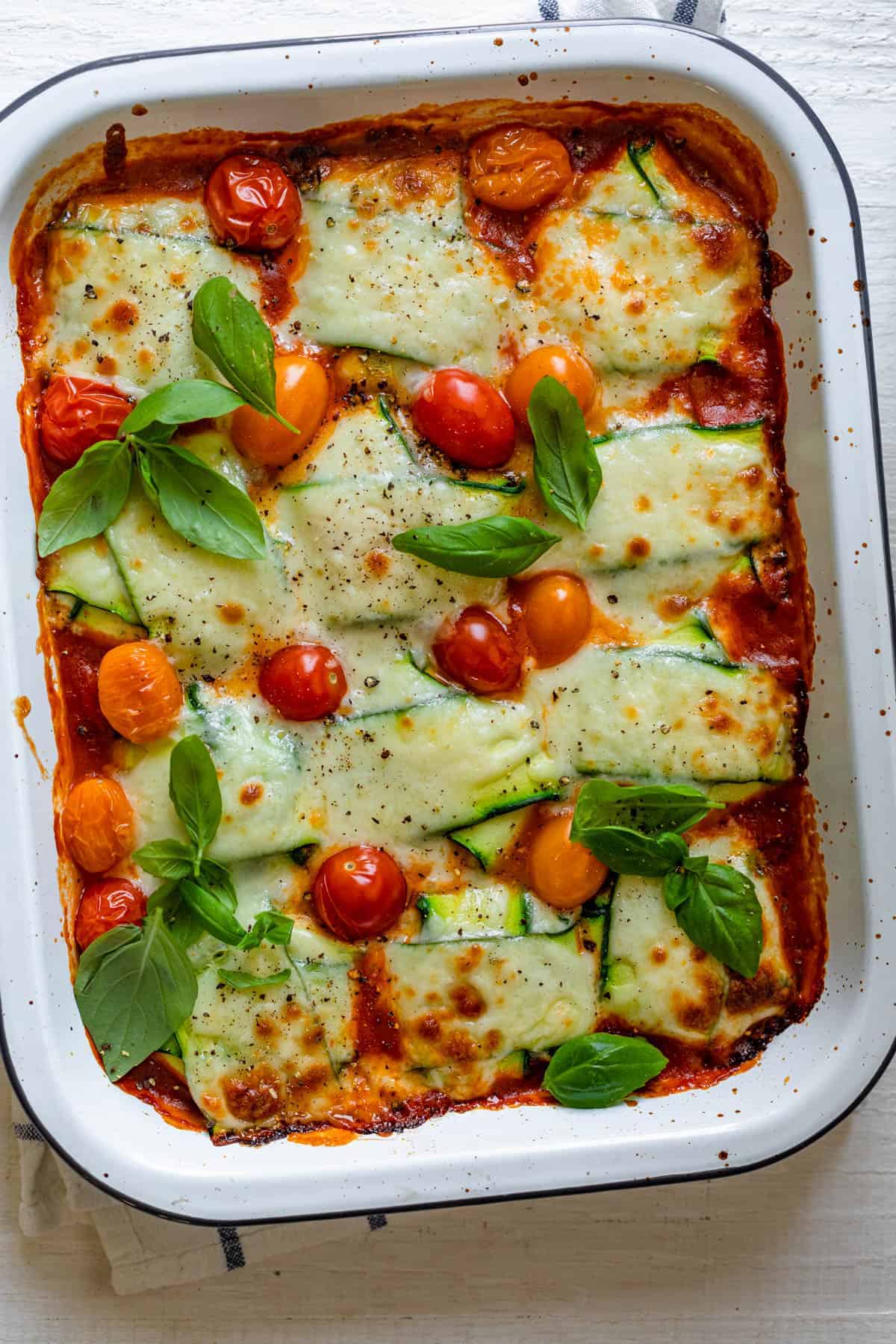 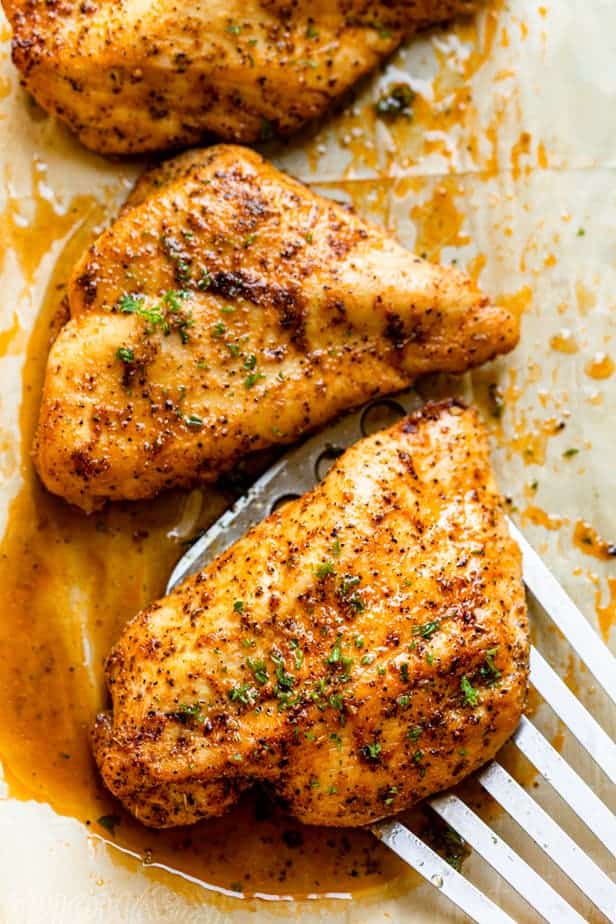 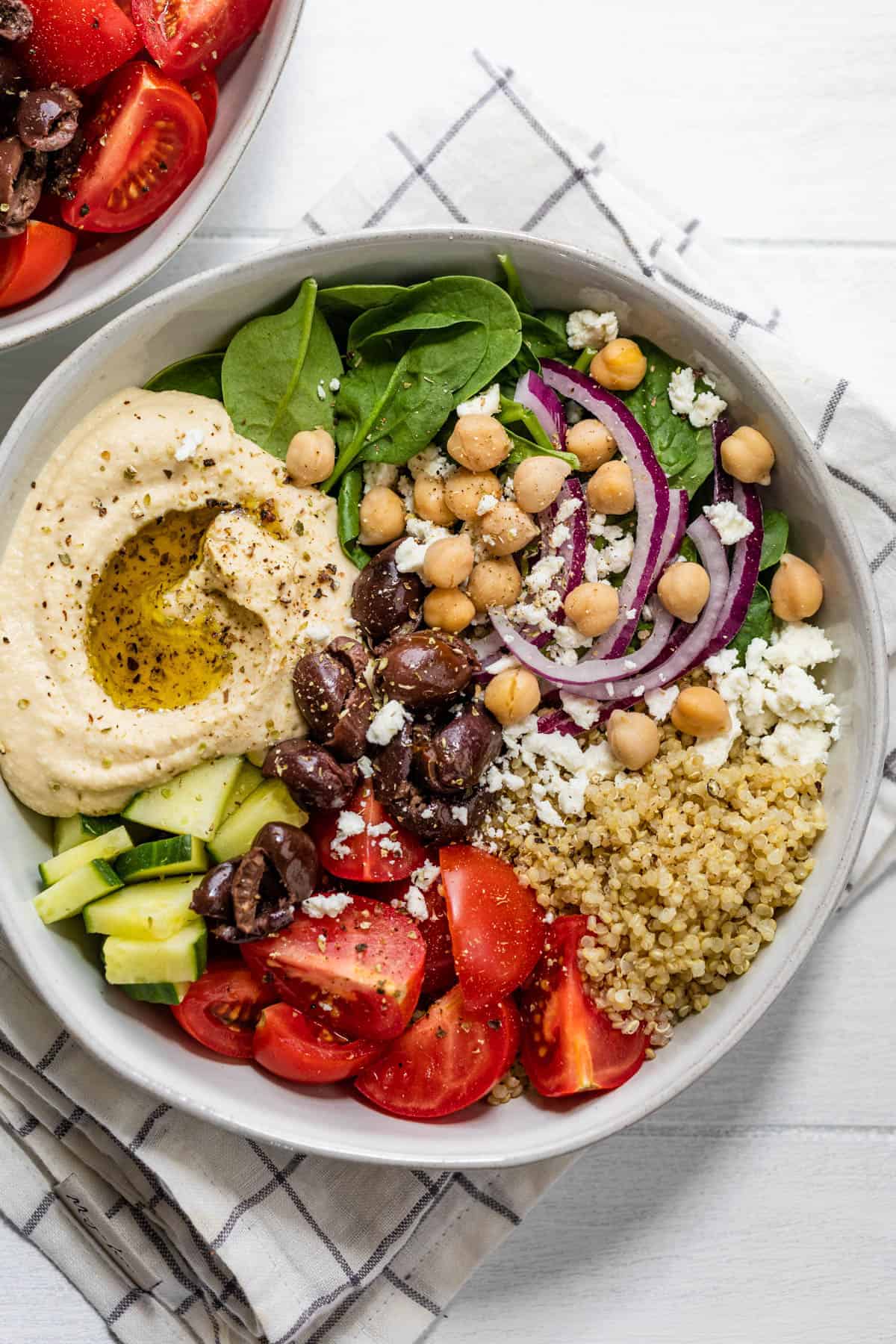